In this qualitative study, we analyze federal court documents related to the January 6, 2021 attack on the US Capitol, in an effort to identify, categorize, and quantify the most frequently cited reasons for participating in the breach of the Capitol Building. We describe the beliefs, ideologies, fears, conspiratorial narratives, and other themes that most often contributed to the decision to participate in the attack, and present representative excerpts from court documents. In order to estimate the relative popularity of each motivation, researchers coded the contents of 469 charging and sentencing documents, representing 417 defendants. These excerpts provide a unique window into the defendants’ thinking and plans in the weeks and days before the attack, as well as in its aftermath. Our analysis reveals that the members of the Capitol riot were far from consistent in their reasons and goals, although most seemed to share a fear of sociocultural status loss. Some defendants describe a desire for “revolution” or “civil war,” while others describe the attack as a simple “flexing of muscles,” or a demonstration of their frustration with the status quo. We find that the largest fraction of defendants were motivated to come to Washington DC on January 6 by either their desire to support President Trump, their concerns about the integrity of the 2020 election, or some combination of both. 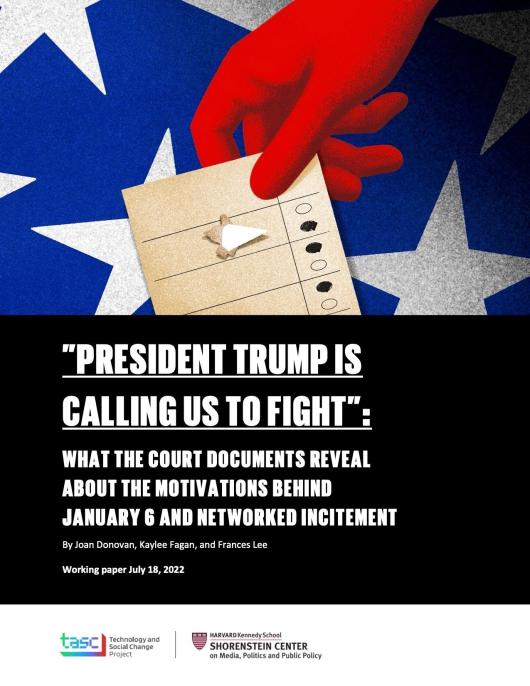