Viral Instances of Recontextualized Media in Russia’s War on Ukraine

As Russia’s war on Ukraine continues, the Technology and Social Change team at Harvard’s Shorenstein Center is tracking media circulating about the conflict online. As we gather evidence of , , media manipulation, and social media mitigation, one of the most pervasive forms of false and confusing content we’ve seen across all internet platforms is the use of recontextualized media.

Recontextualized media is the use of an image, video, or audio clip posted in a different or false context than it was originally taken. In the middle of a breaking news cycle, the media ecosystem is ripe for exploitation using recontextualized media. Recontextualized media can be inserted into the news cycle online intentionally by disinformers who want to push an agenda or rack up engagement, or merely to troll, and they can be posted by people who sincerely believe the images are of the current crisis and want to share information with their networks on social media.

Recontextualized media is one tactic people employ to win the war for the narrative about any  global conflict. As a result of media narratives, global support can be won or lost online and have real consequences, whether it involves raising money for scam relief efforts, bolstering a campaign, or giving people following the news online false impressions of violence or grassroots actions.

Photos and videos from other military conflicts or other parts of the world are being passed off as taken on the ground in Ukraine. 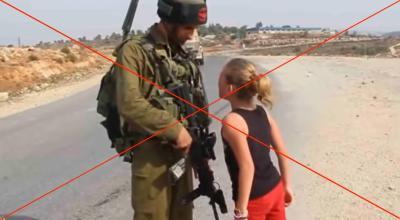 One video from 2012—which shows Ahed Tamimi, a Palestinian 12-year-old, confronting an Israeli soldier about the whereabouts of her brother after he had been arrested in the West Bank—was captioned on Twitter as “Ukrainian girl yelling at a Russian soldier.” The tweet received hundreds of likes and shares and was debunked by the fact checking organization Snopes. 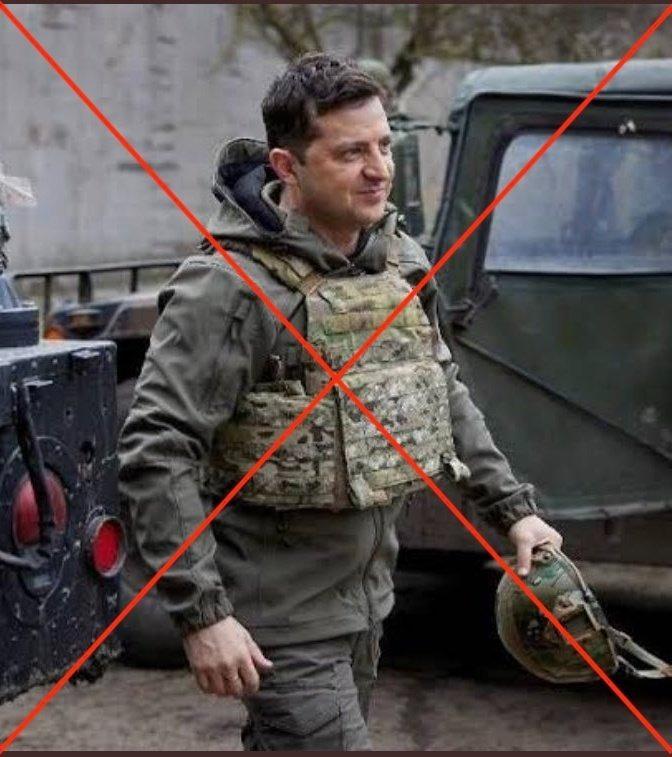 A photo of President Zelensky in military fatigues has been reshared thousands of times on social media with captions that claim it’s a photo of the Ukrainian president fighting alongside civilian voluntary fighters in February 2022, according to a fact check by USA Today. The picture was actually taken in April 2021. 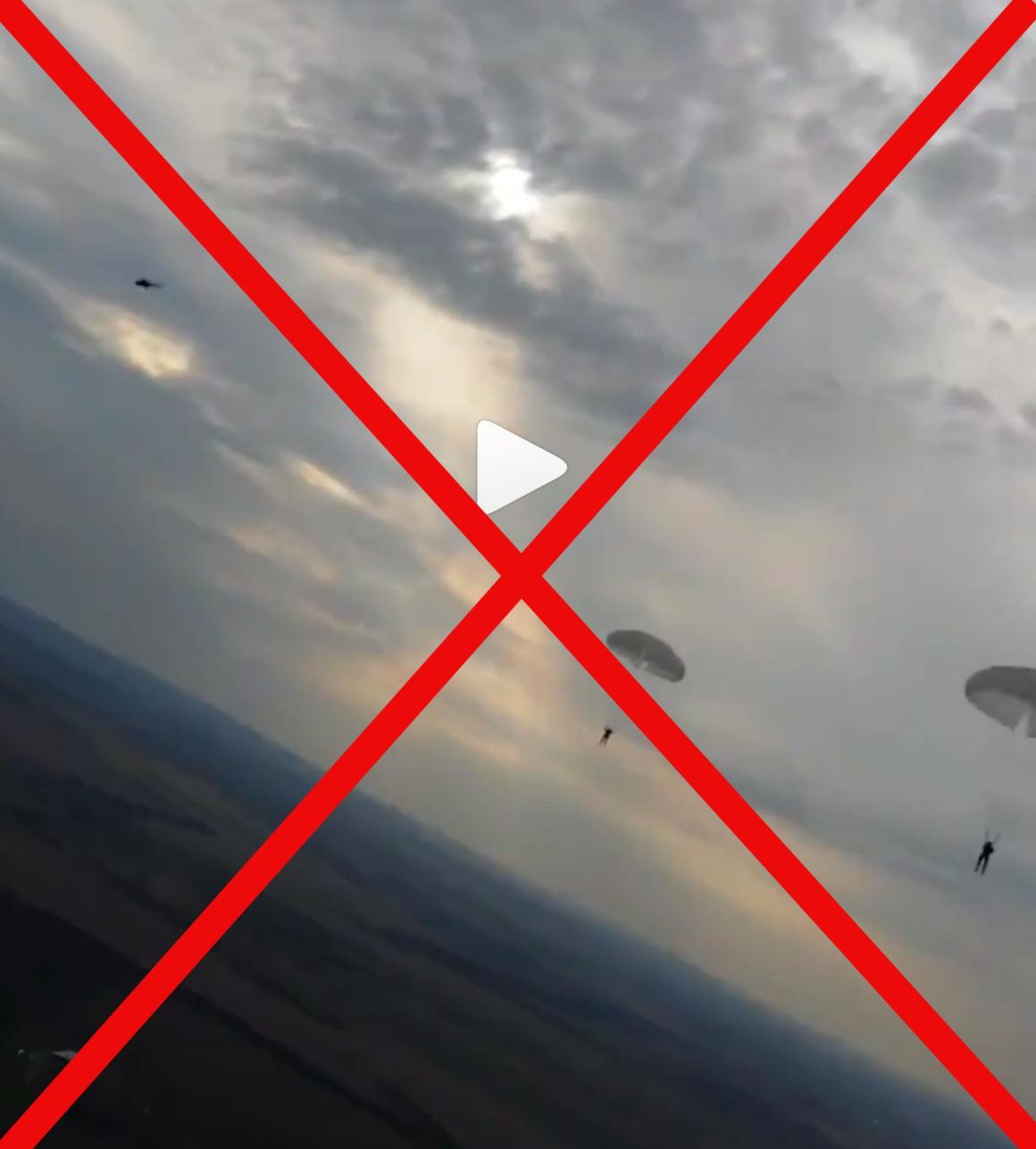 Posts with recontextualized media often take advantage of short, less than one-minute video clips that lack much context about where the video originates. One 19-second video clip posted to TikTok on February 24, 2022 depicts two paratroopers mid-flight before switching to a selfie of a man speaking in Russian. The post claimed to show troops descending on Ukraine. One of the posts of this clip received over 1 million interactions on TikTok and was shared across Instagram and Twitter. The short clip was not from 2022, but rather can be traced back to a 2015 Instagram post that had no caption, according to a fact check by Reuters.

TikTok allows users to add different audio to their videos, which makes recontextualizing media a main feature of the app.

TikTok has a sound library that allows users to add a song, sound effect, or other audio element to their videos. There are hundreds of videos on TikTok using the sound “ＳＮＩＰＥＲ 🦅,” which is being placed behind footage falsely claiming to document on-the-ground action in Ukraine.

Clips taken from military, first-person shooter video games are being passed off as real footage from the frontlines. 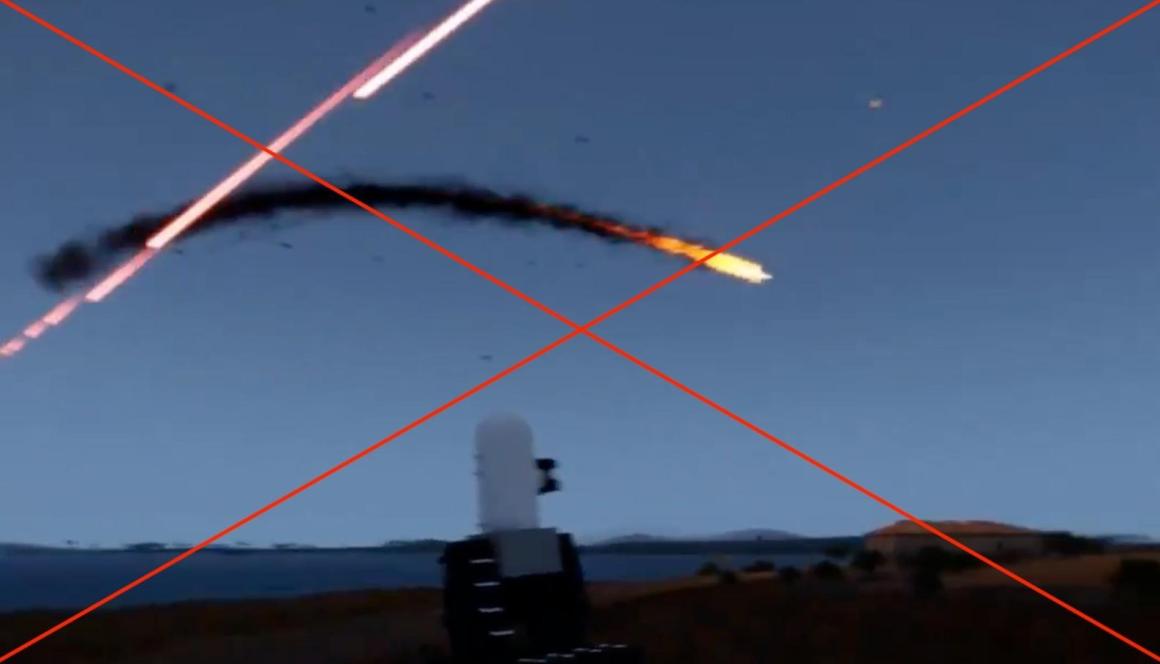 A YouTube video of the video game “Digital Combat Simulator” has been labeled on TikTok and Twitter as footage of a Ukrainian pilot who reportedly shot down six Russian planes. The pilot, who has yet to be officially identified and is not depicted in this video, has been affectionately nicknamed “The Ghost of Kyiv.”

Eagle Dynamics, the video game developer behind “Digital Combat Simulator” released a statement on March 1, 2022 asking players to “avoid generating images that could be misconstrued and potentially put lives in danger.” The statement was first reported by IGN.

In the fog of war, rumors and misinformation will always proliferate on social media, where people around the world turn for immediate information about crises often unfolding in real time. These situations are easily exploited by bad actors attempting to forward a political or personal agenda, but the tactics such actors use are often patterned. Once detected, the spread of recontextualized media and other forms of media manipulation can be mitigated and the content debunked or taken down. The challenge will be for the social companies that offer a platform for disinformation and misinformation to act quickly to prevent its spread.

In the case of recontextualized media, that will require social media companies to not only fact check fast-spreading user-generated content in multiple languages, but also to find and quickly label or remove duplicate posts that contain false or misleading information. For those who are in the throes of war, information is crucial for their very survival. It is incumbent upon all of us to be an advocate and vector for timely, accurate, and local knowledge.