Butterfly attacks occur when imposters mimic the patterns of behavior of a social group (usually a group that has to fight for representation). Imposters pretend to be part of the group in order to insert divisive rhetoric and disinformation into popular online conversation or within the information networks used by these groups. Distinct from astroturfing, which tries to falsify grassroots support for an issue, butterfly attacks are designed to infiltrate existing communities, media campaigns, or hashtags to disrupt a social group's operations and discredit the group by sowing divisive, inflammatory, or confusing information. These mimicry campaigns exploit social wedges and prejudice, and encourage targeted harassment.

Coined by Patrick Ryan to describe a series of manipulation campaigns he claims to have orchestrated in 2013, the term butterfly attack is inspired by the mimicry behavior of certain species of butterflies, who impersonate the fluttering patterns of other species to confuse predators.1

Butterfly attack is a Casebook value under the "Strategy" variable in the code book. 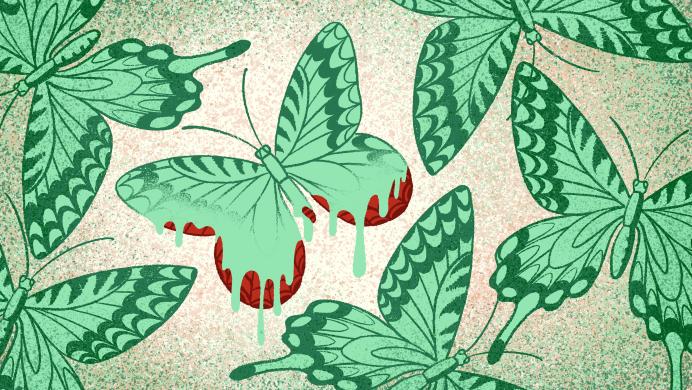