At the beginning of August 2019, a young white man entered a Walmart in El Paso, Texas, and opened fire with an AK-47-style rifle ordered online, killing 22 people and injuring 25 more. Less than an hour after the shooting was reported, internet researchers found an anti-immigrant essay uploaded to the anonymous online message board 8chan. Law enforcement officials later said that before the shooter opened fire, they were investigating the document, which was posted minutes before the first calls to 911. The essay posted on 8chan included a request: “Do your part and spread this brothers!”

That was the third time in 2019 that a gunman posted a document on 8chan about his intent to commit a mass shooting. All three of the pieces of writing from shooters posted online that year were loaded with white supremacist beliefs and instructions to share their message or any video of the shooting far and wide. The year prior, a man who entered into a synagogue outside of Pittsburgh and opened fire was an active member of online forums popular amongst communities of hate, where he, too, signaled his intent to commit violence before he killed. In 2017, the deadly Unite the Right rally in Charlottesville, Virginia, was largely organized in online forums, too. And so it makes sense that in recent years newsrooms are dedicating more reporters to covering how hate spreads over the internet.

Online hate is not an easy beat.  First off, there’s the psychological toll of spending hours in chat rooms and message boards where members talk admiringly about the desire to harm and even kill others based on their race, religion, gender and sexual orientation. Monitoring these spaces can leave a reporter feeling ill, alienated and fearful of becoming desensitized. Secondly, some who congregate in online communities of hate are experts at coordinating attacks and promoting violence against those who they disagree with, including activists and journalists who write about them. Such harassment occurs both online and offline and can happen long after a report is published.

Consider a case from my own experience, where my reporting triggered a harassment campaign. In February 2019, I published an investigation of an e-commerce operation that Gavin McInnes, founder of the far-right men’s group the Proud Boys, whose members have been charged with multiple counts of violence, described as the group’s legal defense fund. During the course of my reporting, multiple payment processors used by the e-commerce site pulled their services. In the days after the article published, I received some harassment on Twitter, but it quickly petered out. That changed in June, after the host of a popular channel on YouTube and far-right-adjacent blogger Tim Pool made a 25-minute video about my story, accusing me of being a “left-wing media activist.” The video has since been viewed hundreds of thousands of times.

Within minutes of Pool’s video going live, the harassment began again. A dozen tweets and emails per-minute lit up my phone — some included physical threats and anti-Semitic attacks directed at my family and myself. A slew of fringe-right websites, including Infowars, created segments and blog posts about Pool’s video. I received requests to reset my passwords, likely from trolls attempting to hack into my accounts. Users of the anonymous message board 4chan and anonymous Twitter accounts began posting information directing people to find where I live.

What follows is general safety advice for newsrooms and journalists who report on hate groups and the platforms where they congregate online.

Securing yourself before and during reporting

Maintain a strong security posture in the course of your research and reporting in order to prevent potential harassers from finding your personal details. Much of the advice here on how to do that is drawn from security trainers at Equality Labs and Tall Poppy, two organizations that specialize in security in the face of online harassment and threats, as well as my own experience on the beat. It also includes resources that can help newsrooms support and protect reporters who are covering the online hate beat.

If you do face harassment and threats online after your report is published, you may want to enlist the help of an organization that specializes in online harassment security. Troll storms usually run about one week, and the deluge on Twitter and over email usually lasts no more than a few days. Take space from the internet during this time and be sure your editors are prepared to help monitor your accounts should you become a target of harassment.

Finally, remember, while it’s important to stay physically safe, the emotional toll is real too. There’s no reason to go through online harassment alone. Don’t hesitate to reach out to other journalists on your beat at different publications to let them know your situation. Stronger communities make for safer reporting.

April Glaser is an investigative journalist at NBC News, covering the technology industry and labor and workplace culture in Silicon Valley. Previously, she worked at Slate, Recode, and Wired, reporting on AI, disinformation and hate online, and social media platforms. Before journalism, Glaser worked at the Electronic Frontier Foundation and various other nonprofits focusing on technology policy. Glaser is a 2020 Joan Shorenstein fellow at the Shorenstein Center on Media, Politics and Public Policy, where Journalist’s Resource is housed.

A company that builds software and provides personalized services for groups that are at risk of online harassment, like journalists. If your newsroom needs assistance in getting editorial staff on board with better security practices, Tall Poppy is great option.

Holistic Security Manual by Tactical Tech: A comprehensive resource with tips on digital security and mental health during when receiving threats online.

This extensive guide has fantastic recommendations for editors, managers, journalists, and family and friends of those targeted by online harassment. It also catalogues a range of tools and other resources for enhancing your online security. 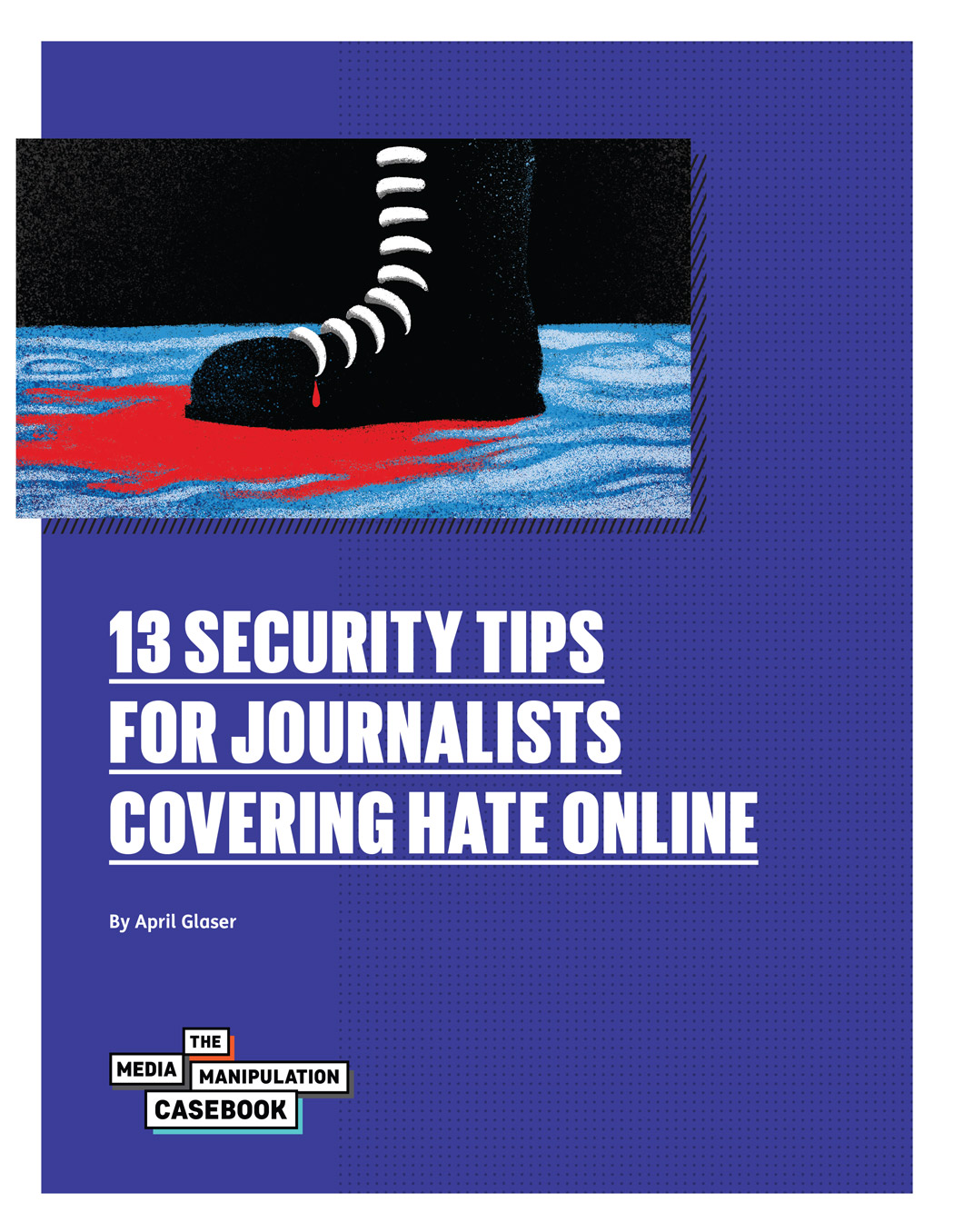